Continuing from Biomedical Image Processing – I

Once an image is stored in digital format, it can be described by a number of different parameters. Some of the relevant parameters are briefly discussed here. The traditional convention for an image coordinate system is depicted in Figure 4. 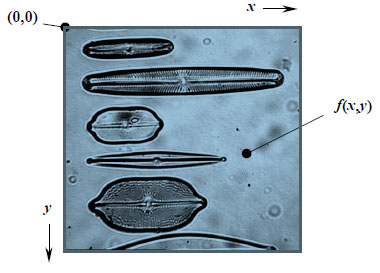 While biomedical images are generally viewed in 2D, it is sometimes helpful to view gray-scale (monochrome) images in perspective, with the third axis being brightness. This is illustrated with “pseudoimage” data in Figure 5. 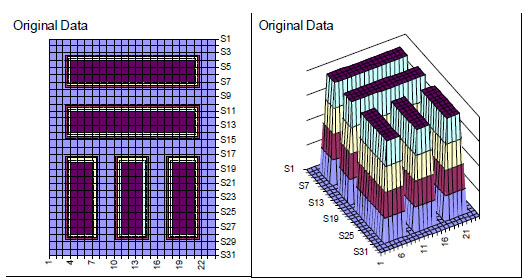 Images can be described by a large number of different parameters. Some of these are listed here. SATURATION: purity of the color
Measured in percent from the center of the cone (0) to the surface (100). At 0% saturation, hue is meaningless

BRIGHTNESS: measured in percent from black (0) to white (100). At 0% brightness, both hue and saturation are meaningless.
[http://www.cecs.csulb.edu/~jewett/colors/hsb.html]