Why do we study image processing?

Images play a large role in the presentation of physiological information. Not all image data, however, are ideal. Images can be corrupted by noise, exhibit blur or spatial warping, contain non-optimal intensity/color representations, or simply be too large (or too small) to be of practical or diagnostic value. The following pages contain an overview of the following topics relevant to biomedical image processing:

The issues and techniques discussed here are general: they apply to images acquired using various methodologies, including X-ray radiography, X-ray computed tomography, MRI, ultrasound, and PET. Note that while image processing can be performed on analog images (e.g., by way of optical Fourier techniques), this overview concentrates on the processing of digital biomedical images.

Analog images, having continuously varying color or gray-scale representations, can be stored as digital images for use in computer-based systems. The rules that apply to the digitization of one-dimensional (1D) signals (e.g., voltage versus time) also apply to the digitization of spatial images (e.g., gray level versus position): the images must be sampled and quantized with enough fidelity that they truly represent their analog image counterparts. This, of course, depends on the application for which the images will be utilized. Scanning, the initial step in the image digitization process, includes the division of the picture into a number of small regions called picture elements, or pixels (see Figure 1).

The scanning operation represents the image by a grid consisting of m rows × n columns. For example, in the image shown in Figure 1, m = 288 and n = 432, for a total of 124,416 pixels. Each pixel is addressed by its (m,n) coordinate within the matrix. The scanning operation is accompanied by a sampling operation, which transforms the representative brightness of each pixel into an analog voltage level or other measurable signal. In the case of an X-ray radiograph, this operation might be performed by a photomultiplier tube.

A good example of a common line scan sensor is a flatbed scanner, which uses an array of discrete silicon imaging elements, called photosites, to produce voltage output signals that are proportional to the intensity of the incoming light at each linear location. These solid state devices can be shuttered at high speeds (e.g., 1/10,000 of a second), and their precision typically ranges from 256 to 4096 elements [Gonzalez]. Solid state area sensors also exist, containing grid sizes from 32 × 32 pixels up to 1280 × 1024 pixels.

Finally, each pixel in the grid is assigned an integer that corresponds to its brightness level. This quantization operation is similar to the quantization performed on 1D signal data. For example, in an 8-bit gray-scale image, the integer 0 may represent black, the integer 255 may represent white, and the integers in between will represent various gray scales that correspond to image intensity. The general convention in gray-scale images is that larger integers represent brighter pixel values (or pixels exhibiting greater signal
strength). 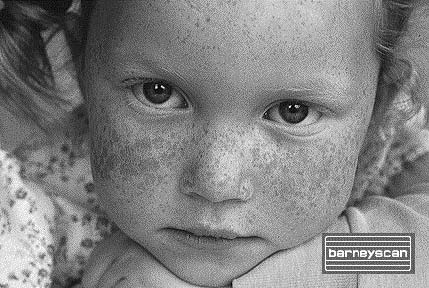 Figure 2. Simple illustration of aliasing in a digital image line [after Seeram, p. 55].

Some images are not produced on native rectangular grids. B-mode ultrasound images, for example, are often reconstructed from fan-shaped beams or radially-distributed ultrasonic reflectance data (see Figure 3). Production of a 2D image requires that these radial line data be interpolated. These interpolation schemes can affect the quality of the overall images, especially if the individual line scans are separated by large angles. 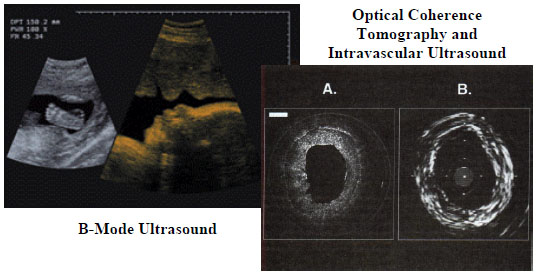 Why Digitize an Image?